Forge Leadership Network was created to give young conservatives experiences and relationship connections that they wouldn’t otherwise have a chance to receive. Just last month this was on full display, as over a dozen of our Forge Fellows joined me and two Forge Board members (chaperones) on a trip of a lifetime to Israel. Passages – a new organization created by Museum of the Bible and the Philos Project – invited Forge on one of their incredible trips. Passages’ mission is to allow American college students of Christian faith to discover the Biblical roots of their faith and come face-to-face with the challenges facing the modern state of Israel.

For little over $500, Passages generously allows college students to go on these 10-day excursions, which would be priced at at least ten times more than that amount! International flights, hotels, tour guides, meals, expert speakers, the whole nine yards. Passages typically only takes groups from one university, but they knew of our reputation for finding and mentoring the best young minds from many universities, and they graciously invited us to fill one of their special trips. Our students did not disappoint, as they quickly developed a reputation for being super engaged with our tour guide, the expert speakers, and the local Israelis who welcomed them into their homes and places of work. 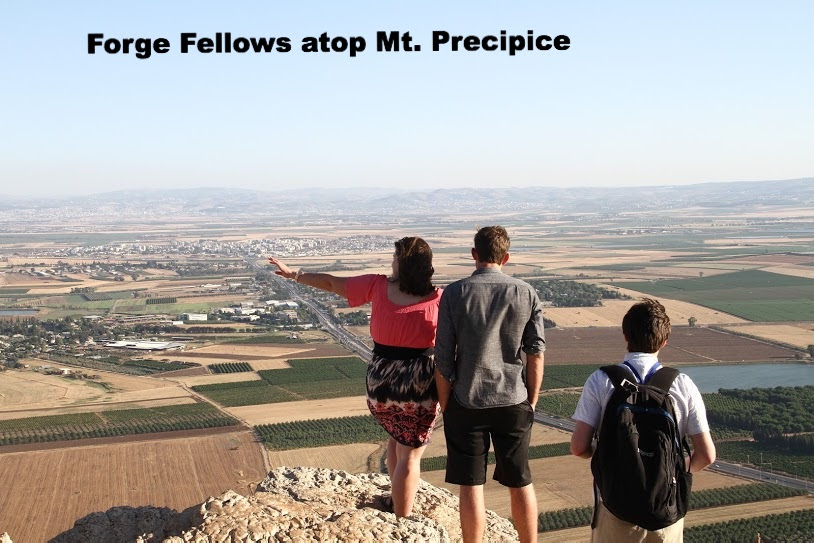 For a week-and-a-half, Forge Fellows walked in the footsteps of Jesus, Abraham, David, the disciples, etc, and they met with rabbis, pastors, diplomats, ballistic experts, IDF soldiers, members of The Knesset (Israeli Parliament), both Arab and Israeli journalists and professors, and more.

As Forge trains and mentors young conservatives, we viewed this trip as an incredible opportunity to further our work. This Israel trip and partnership with Passages allows our students a two-fold benefit: 1.) it provides them an opportunity to grow deeper in their core convictions, the faith that motivates many of our students’ interest and desire to impact the public square in the first-place and 2.) it brings them a face-to-face encounter with the epicenter of international relations and foreign policy.

Forge can provide students with incredible internships, job opportunities, mentors, and a tremendous grasp of domestic politics and policy. But if our students are going to maximize their impact on their state and nation, they will be better equipped the more they understand the world outside of those borders as well. I know of few regions of the world more complicated and fascinating than Israel.

This trip allowed Forge Fellows to capitalize on that knowledge both intellectually and practically. For example, they not only learned about the threats Israelis face from Hamas and other terrorist groups in the Gaza Strip (along Israel’s southern border), but they got travel to the Israeli border town of Sderot and meet with the villagers who must daily face the threat of bombs. Instead of merely hearing about it, our students had the chance to meet and interact with men and women who must teach their children to never be further than ten seconds away from a bomb shelter in case of a siren alert.

Many of our Fellows wrote personal reflections about their trip after returning home. I wanted to share one of those thoughtful pieces with you here. Landon Farmer is a 2015 Forge Summit grad, who, with Forge’s help, has interned with Heritage Action and Congressman Mo Brooks and now works for a cause close to his heart as a legal aide for the Homeschool Legal Defense Association. 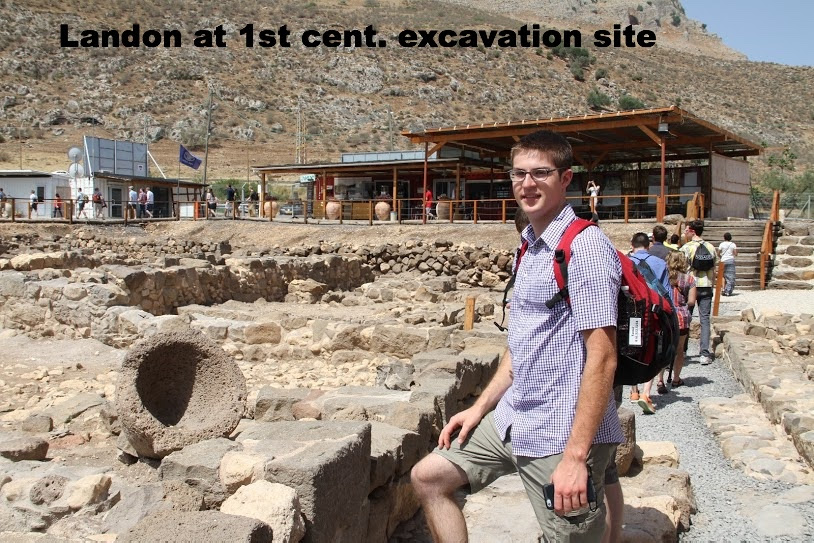 Here’s what Landon reflected on after ten unforgettable days in the Holy Land:

Life. If I had to pick one word to describe Israel, it would be life, glittering like a diamond with many facets. The sparkle in the eyes of the locals portrayed their happiness; often smiling, humming, singing. In a very arid region, the land yields abundantly with citrus, olive, and date palm groves everywhere. Boasting more publicly traded companies on the stock market than Europe and China combined, Israel is a bastion of innovation, ingenuity, and entrepreneurship.  Israel is alive.

Though the surrounding countries are entangled in vicious and terrifying conflicts with fighting often only a few miles away from peaceful Israeli settlements, Israelis exude a calmness, resilience, and stability. I literally looked across the border fence into the Gaza Strip and saw an ISIS flag with my own eyes, yet Israel remains a flourishing oasis in the midst of the turmoil ravaging her neighbors. It’s the only country in the region enjoying religious liberty, allowing Muslims, Jews, Christians, and others to worship freely without fear of being slaughtered.

God promised Abram “I will make of you a great nation, and I will bless you and make your name great, so that you will be a blessing. I will bless those who bless you, and him who dishonors you I will curse, and in you all the families of the earth shall be blessed.” Obviously, Jesus Christ was the Ultimate Blessing, but God continues steadfast in his covenant with His chosen land and people. (Genesis 12:2-3)

I am forever indebted to Passages Israel and their generous donors who made the trip possible. I was blessed beyond measure to see the land where Jesus walked and to experience the culture of modern day Israel. Thank you, Passages!

Thank you for your continued interest in the work of Forge Leadership Network. We hope to see you at the 2016 Forge Summit Showcase Reception — Get your tickets here!

Look Forward To Seeing You On The 28th,